If you’re looking for one of the most beautiful places in Maryland, you couldn’t do much better than Bel Air. The seat of Harford County on the shores of the Chesapeake Bay, this vibrant small town in Maryland has been through many changes since its founding in 1780. Although it was only incorporated about 100 years later in 1874, this town of approximately 3 square miles has grown into one of the Chesapeake region’s success stories. With its combination of rich history and easily accessible modern amenities like medical facilities, entertainment districts and shopping areas, Bel Air is a town on the rise.

Currently, the town’s population is a little over 10,000, with many of those citizens involved in industries in major urban centers like Baltimore, Towson or Washington, D.C. Although ten thousand might not seem like very many people, it’s the largest that Bel Air Maryland has ever been in its history. In fact, when the census was recorded in 1900, the town had under one thousand residents. It took a gradual incline over the next century to even reach 10,000!

But even before that, the town known as the “Heart of Harford” was referred to as “Scott’s Old Fields”. That nickname arose out of a gift of land given to a man named Daniel Scott, and later inherited by his son Aquilla. To this day, the bulk of the Bel Air MD land mass is actually derived from this gift of land that took place in the 1730s.

As the country developed through the centuries, Bel Air Maryland got in on the transportation developments that were taking place across the United States. In fact, the famous Ma and Pa railroad (short for Maryland and Pennsylvania railroad) ran through town at one point in the mid 1900s. Although the tracks were dismantled in the late 1950s, they survive to this day as the Ma and Pa walking trail that cuts through Heavenly Waters Park in the middle of town. Residents can follow the old path of the railroad while taking advantage of the beautiful sights and smells that the Chesapeake region is known for. The town is actually extremely walking-and-biking friendly, with many trails that criss-cross the streets and small parks of Bel Air MD.

There are many other things to do in the 21014 area code. Rocks State Park is just a short drive away, with all of the amenities that one would expect from a fully endowed state park. The town’s historical legacy is never too far away for curious minds either — Rockfield Manor, Jerusalem Mills and the Hay House Museum are just a few of the places that visitors can gain some perspective into the town’s industrial past.

Bel Air is a beautiful place to raise a family, explore on your own or stay while checking out the surrounding region. The “Heart of Harford County” has come a long way in the last 200 years, and perhaps the best is yet to come for this place. 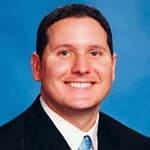 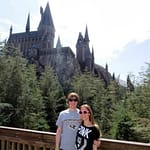 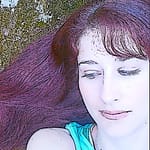